This week’s episode of the Great British Bake-Off was all about bread. For the signature bake, contestants made both a loaf of savoury and a loaf of sweet soda bread for Paul and Pru to try. For the technical bake, Paul assigned them rainbow bagels and for the showstopper, contestants had to make a bread plaque that showcased something from their lives out of more than one type of bread dough.

I was VERY tempted to try out the rainbow bagels. I’ve made bagels before with some success so I felt up to that challenge. But the thought of the mess that would come from working food colouring into the bread dough and the possibility of accidentally staining my new countertops put me on to soda bread instead.

Over the years, I’ve tried making soda bread a few times and wasn’t successful. I always found it dry and tasted too much like baking soda. I even tried Paul Hollywood’s recipe a while back and didn’t like the taste of it. Thankfully, it’s unlikely he would be reading this post, but don’t tell him if you see him, lol.

Given that this bread is pretty much the national bread of Ireland, I figured there must be a good recipe out there that tasted good, so I kept trying. I was unsuccessful with soda bread until last winter when I decided to try the recipe in my America’s Test Kitchen cookbook. Honestly, if you haven’t tried recipes from either America’s Test Kitchen or Cook’s Illustrated, you should! Almost every one of the recipes I’ve tried from them comes out exactly as I want them to. This was, by far the best soda bread I’d made. It didn’t taste overwhelmingly of baking soda and the texture was soft and almost cake-like, as I’ve read soda bread should be.

I figured since that recipe worked for me, I should start with that and add my desired fillings. After some thought, I decided on caramelized onions and Gruyere cheese. I wanted a fresh herb as well and thought either rosemary or thyme would work. Since I already had some fresh thyme, I used that.

I caramelized the onions in a bit of oil with a pinch of salt. When the onions reached their caramelized stage, I added a tsp of balsamic vinegar and cooked them for another 2 minutes then let them cool completely. After they were cool, I mixed them into my bread dough along with 150 grams (about 2 cups) of Gruyere cheese and 2 tbsp of chopped fresh thyme.

This was a beautiful loaf! We had it alongside some soup for dinner and it was delicious. The caramelized onions were present enough and tasted great alongside the cheese and thyme. Well, that’s what 3 out of 4 of us thought. If you tell my daughter that there is anything other than cheddar cheese in any dish, she won’t eat it. She said she tried it and didn’t like it, but she must have taken the smallest piece off of her slice because it didn’t look like anything had been eaten! The only thing I might do differently is to add some more Gruyere on top of the loaf before baking. It is a fairly subtle cheese and it might have made the cheese more present in the flavour profile if added on top as well. Plus, I like crispy baked cheese 🙂

Caramelized onions, Gruyere cheese and chopped fresh time add another dimension to this soda bread recipe which was adapted from America’s Test Kitchen.

For the Caramelized Onions For the Dough

For the Caramelized Onions For the Bread

Hi, I'm Margot Hamilton and I'm so happy you're here!! So many of my favourite memories in life seem to revolve around food, especially when surrounded by people I love. My favourite pastime is to bake things to share with family and friends. I hope you enjoy the recipes that I have to share as much as I do! 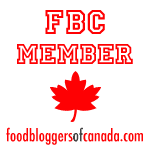